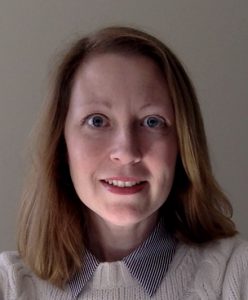 Dr. Jennifer Malinowski received her undergraduate degree in biology from Roosevelt University in 2010, where she was awarded departmental honors and inducted into the Franklin Honor Society.

She received her MS in Applied Epidemiology and Genomic Concerns in 2013, and her PhD in Human Genetics in 2014, both from Vanderbilt University.  Her dissertation work, under the mentorship of Dr. Dana Crawford, was entitled “Women’s Health: Genetic Variation in Complex Traits.” In addition to her coursework in genetic epidemiology, biostatistics, and genetics, Dr. Malinowski received training in clinical ethics consultation and bioethics at Vanderbilt.

Prior to starting Write Inscite, Dr. Malinowski was a Research Scientist at Yale University School of Medicine in the department of Surgery and also served on one of the Yale Human Investigation Committees (IRB), and for Hayes, Inc. as a Health Technology Analyst specializing in genomic tests.

Outside of scientific and medical writing, Dr. Malinowski serves as a Director on the Board of her local Education Foundation and is an avid hiker and runner.

Dr. Malinowski can be contacted via email at: jennifer@writeinscite.com